October translates into many seasonal offerings for me: a start to cooler weather, cozy sweaters and jeans instead of shorts and tank tops, my favorite scent of pumpkin spice candles burning throughout the house, crunchy tastes of apples and tart cranberries, an urge to bake more frequently, the falling of beautiful leaves in shades of orange, yellow, brown and green, and all the decorating and fun of Halloween. But enjoying the Halloween holiday is not complete without some classically creepy films. Last year, I chose the month of October to kick off the crisp Autumnal season with a month-long series of some of my favorite spooky and fun classic films. 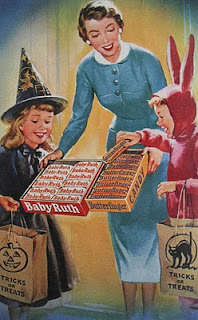 Last year, I reviewed the following films with eery delight: Mel Brooks' YOUNG FRANKENSTEIN  (1974), Alan Rafkin's THE GHOST and MR. CHICKEN (1966), F. W. Murnau's NOSFERATU (1922)-seen on the big screen with live musical accompaniment, Jacques Tourneu's CAT PEOPLE (1942) for the Val Lewton Blogathon, and I ended on a very Halloweeny fun note by reviewing my favorite campy late night horror hostess with most-ess CREMATIA MORTEM. This year, I'd like to continue this tradition of reviewing a month-long film series with more of my spooky cinema faves. 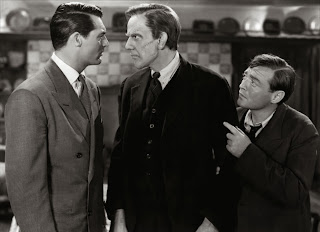 I will offer this sneak peak by revealing that I'm including my absolute favorite Halloween film of all time... Frank Capra's ARSENIC AND OLD LACE (1944). I decided to also include Halloween standards like James Whale's BRIDE OF FRANKENSTEIN (1935), and likely a Vincent Price classic like William Castle's HOUSE ON HAUNTED HILL (1959). I can also tell you I'll be rounding out the series on Halloween day with my contribution to the Hitch Halloween Blogathon, with Alfred Hitchcock's ROPE (1948). For the final list, I plan to choose any classic film of horror genre or something that's simply a ghostly good time. Stay tuned, ghouls and gals!
Posted by Irish Jayhawk at 9:16 PM