Today marks what would have been Gene Kelly's 100th birthday. Turner Classic Movies is celebrating this momentous occasion with an all day broadcast of his films as part of the Summer Under The Stars event. For more information, check scheduling and be sure to tune in! 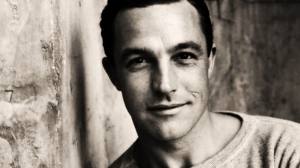 Gene Kelly. What couldn't this man do? One of the most talented and versatile icons of the golden age of Hollywood, Kelly was so much more than a dancer. He could act, sing, produce, direct, choreograph and WHOA could he dance. He represented a fresh new face in the era of song and dance man. While Fred Astaire presented an elegant, light-as-air ballroom style of dancing in top hat and tails, Gene Kelly was an athletic, masculine god of dance in an technicolor dream. In comparing the two dance legends, Kelly put it simply, "Fred Astaire represented the aristocracy, I represented the proletariat." With Kelly's build, it was literally unfitting for him to wear the typical tux for his dance maneuvers. He explained, "I arrived in Hollywood twenty pounds overweight and as strong as an ox. But if I put on a white tails and tux like (Fred Astaire), I still looked like a truck driver." Further he stated, "I work bigger. Fred's style is more intimate. I'm very jealous of that when I see him on the small screen. Fred looks so great on TV. I'd love to put on a white tie and tails and look as thin as him and glide as smoothly. But I'm built like a blocking tackle."

To compliment his build, his wardrobe choices reflected that- tight fitting with the ability to stretch as he moved. Many of his most memorable scenes from his classic films were just that...a tight fitting jersey shirt with high-waist sailor pants. You can see examples of this from THE THREE MUSKETEERS (1948) to ANCHORS AWEIGH (1951). These costume choices were more natural to his form but also allowed us to see the full range of his movements. Kelly famously noted, "If Fred Astaire is the Cary Grant of dance, I'm the Marlon Brando." And unlike Astaire's high style of gliding, Kelly's bigger, athletic style often utilized props and common items as part of his dance routine. At the time, it was a truly unique and revolutionary change.


Gene Kelly entered the Hollywood scene in 1941 after David O. Selznick spotted him on the 1940 Broadway production of "My Pal Joey." Not long after, Selznick sold Kelly's contract to MGM Studios. There was a long-standing feud between him and MGM studio head Louis B. Mayer that stemmed from Kelly's offense that Mayer initially promised him no screen test was needed then later insisted. Kelly was not a fan of all of the methods of the old studio system. "The contract system at Hollywood studios like MGM was a very efficient system in that because we were at the studio all the time we could rehearse a lot. But it also really repressed people. There were no union regulations yet, and we were all indentured servants - you can call us slaves if you want - like ballplayers before free agency. We had seven-year contracts, but every six months the studio could decide to fire you if your picture wasn't a hit. And if you turned down a role, they cut off your salary and simply added the time to your contract." 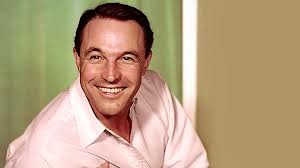 But Kelly was very much a fan of hard work. As the roles started to come through for him, his dancing partners discovered first-hand what a work horse he was. MGM dancer and contracted star Cyd Charisse's husband  Tony Martin said he always knew who she had been dancing with that day on set. If she came home covered with bruises on her, it was the very physically-demanding Gene Kelly, otherwise it was the smooth and agile Fred Astaire. Kelly's strong work ethic always paid off. He set the bar high for himself and his dancing partners and the results were beautiful.

From 1942 to his death in 1996, Kelly worked in film as a performer, producer and director. He could play comedy as well as drama so his talents were in hot demand. He gave legendary performances with other brilliant co-stars like Judy Garland, Debbie Reynolds, Frank Sinatra, Donald O'Connor, Rita Hayworth and Leslie Caron. To date, his most popular films are SINGING IN THE RAIN (1952) and AN AMERICAN IN PARIS (1951).  Namely for the reason that the innovative dance numbers in these films were ground-breaking and visually stunning. And just like Gene Kelly himself, they are forever timeless and breathtaking.
Posted by Irish Jayhawk at 11:55 AM